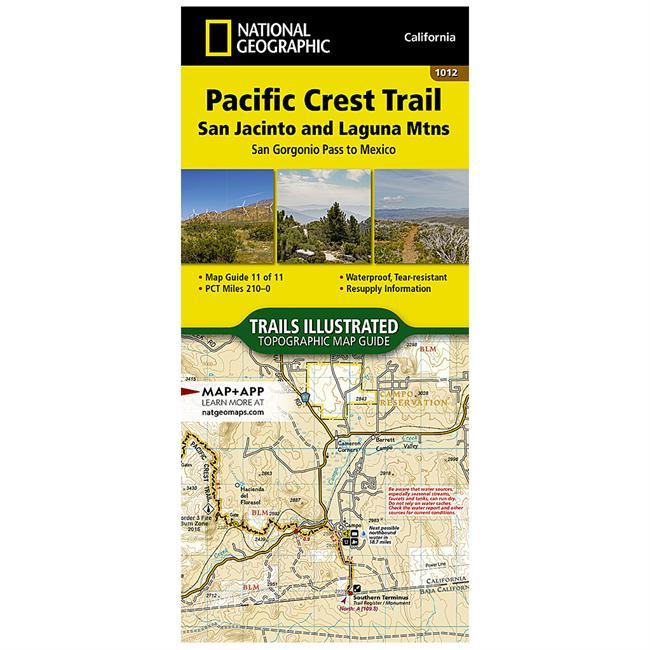 The Pacific Crest Trail (PCT) in this part of Southern California covered by the San Jacinto and Laguna Mountains Topographic Map Guide rises steadily from San Gorgonio Pass into the San Jacinto Mountains, where the trail climbs just above 9,000 feet. The PCT then winds through the desert and rangeland of the rugged San Felipe Hills and eventually heads into the Laguna Mountains before the final descent to the southern terminus at the Mexican border, where it is marked by a monument. The lower elevations of this section provide a long hiking season throughout the fall, winter, and spring, but the peak summer months can bring dangerous heat and infrequent water sources. Meanwhile, the higher elevations of the San Jacinto Mountains can bring heavy snow, even during spring and fall.The PCT spans 2,650 miles from the Canadian border, through Washington, Oregon, and California to the southern terminus on the Mexican border. The famous trail crosses some of the most wild and scenic landscapes of the western U.S., including six national parks, 25 national forests, 48 wilderness areas, the volcanic Cascade Range of the Pacific Northwest, the snowcapped Sierra Nevada, and the Mojave and Sonoran deserts. - $14.95