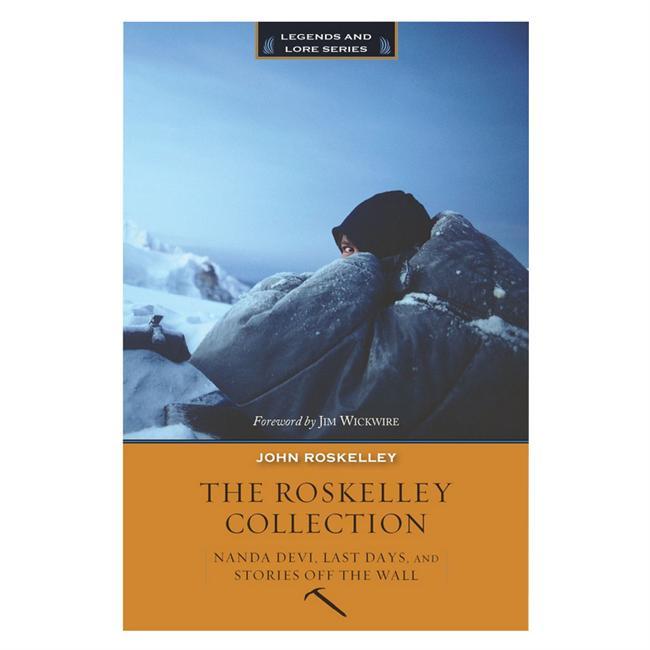 The Roskelley Collection includes legendary climber John Roskelley's three acclaimed books, together for the first time in one volume and all written with opinion, self-reflective humor, and spellbinding adventure. Also included are three new essays about Roskelley's more recent climbs with his son: an ice climb (Slipstream) in Alberta, Canada and to the summit of Everest and as ascent of Sarmiento in Tierra del Fuego with Tim McCartney-Snape, Stephen Venables, Jim Wickwire and Charlie Porter. STORIES OFF THE WALL This is Roskelley's autobiography, told in a series of essays that includes accounts of attempts and ascents on the North Face of the Eiger, in the Russian Pamirs, in Yosemite, and in the Himalaya. It also features stories about his blue collar work in an eastern Washington mine and a hunting buddy who dies of cancer. Throughout, Roskelley's thoughts on risk, friendship, and values are portrayed. NANDI DEVI A compelling and emotionally raw page-turner, this is about the 1976 expedition, co-led by Ad Carter and Willi Unsoeld, on which Unsoeld's daughter, Nanda Devi Unsoeld, died on her eponymous mountain. It describes the party of thirteen and their heartbreaking experience in attempting a difficult new route on the main peak of Nanda Devi. LAST DAYS Recounts two legendary climbs in the Himalaya: one a successful first ascent of Tawoche in Nepal with Jeff Lowe, the other an attempt on Menlungste with Jim Wickwire, Greg Child, and Jeff Duenwald. - $39.95