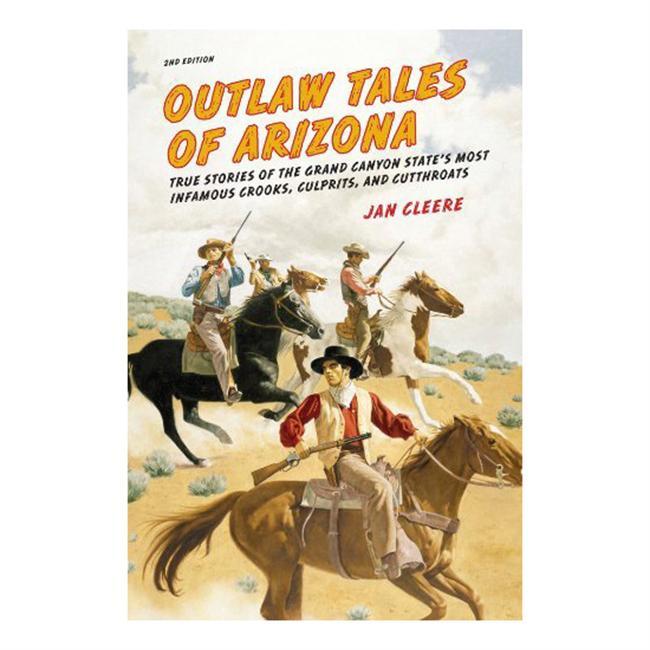 Meet the Most Notorious Arizonans Who Ever Lived! After too much whiskey, Buckskin Frank Leslie would stand his wife against a wall and shoot around her silhouette. Few jails could hold Augustine Chacn, who boasted of killing more than fifty men, but in the end he could not escape the gallows. The Apache Kid became one of the most feared outlaws in Arizona history, but was his reputation the result of misunderstanding between two cultures? Burt Alvord was the deputy sheriff of Cochise Countyand a criminal mastermind. All this and more can be found in Outlaw Tales of Arizona, which introduces more than a dozen of the most dramatic events, and the most daring and despicable desperados, in the history of the Grand Canyon State. - $14.95