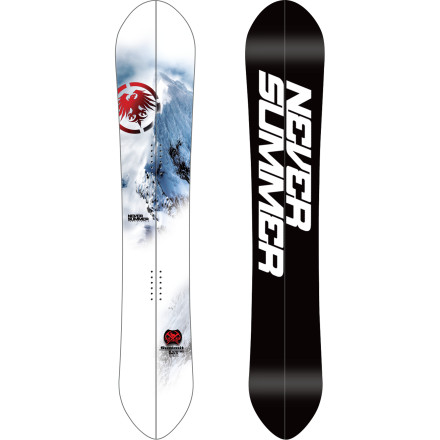 You wake up, check the snow report, head to the mountain, and stand in line for two hours, hoping to score an hour of great powder runs. What does that come to Maybe four runs Beat the lines, avoid the crowds, and ride untracked lines all day with the Never Summer Summit Split Snowboard. Never Summer gave the Summit its most technologically advanced core, the exclusive NS SuperLight, which not only makes it ride better but takes some of the sting out of the skin up so you don't fatigue as quickly. The combination of carbon and elastomer stringers give the Summit plenty of edge power and vibration damping, so it doesn't just kill it in the deep stuff, but it rails hard at the resort as well. - $749.99