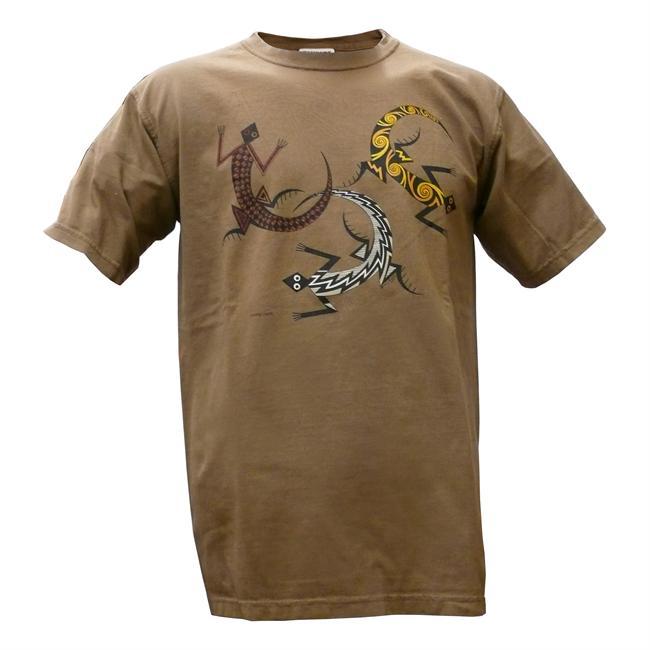 The Spinning Lizards T-shirt from Sabaku was inspired by the glorious designs that have graced the pottery of the Southwest for almost 2000 years. Southwest American Indian pottery was first produced by ancient peoples to hold water, cook and store grain. Today, it has evolved into a refined art form. Practically every indigenous culture in the historic Southwest has a pottery tradition rooted deep in the land. The common belief that Earth is the Mother of the People is stated in ceremonial prayers, songs and in the Arts. Pottery materials-- clay, sand, wood for firing, and natural pains for decoration are viewed as gifts from Mother Earth. - $25.00