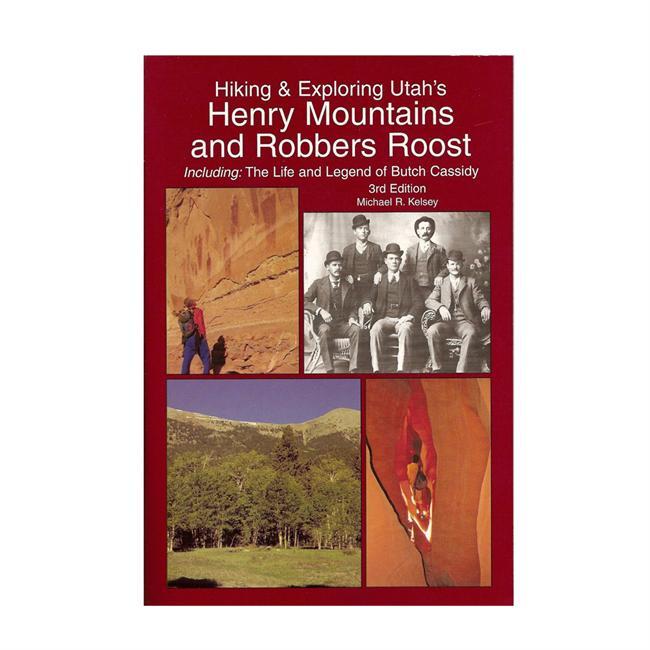 This book centers on the Henry Mountains of southeastern Utah, which are just south of the small town of Hanksville, and east of Canyonlands National Park and the upper end of Lake Powell. The main emphasis of this book is a climbing guide to the half dozen major peaks in the Henrys; plus canyon hiking in the area just east of the mountains, and along the Dirty Devil River, which runs through the Roost Country. There are 37 mapped areas for hiking and climbing. This book combines a hiking & mountain climbing and a travel guide to the Henry Mountains, as well as the Robbers Roost Country, an area made famous by Butch Cassidy, the Sundance Kid and the Wild Bunch. The Roost Country is east of Hanksville. About the Author: Michael R. Kelsey experienced his earliest years of life in eastern Utah's Uinta Basin; first near the town of Myton, then Roosevelt. In 1954, the family moved to Provo, where he attended Provo High School, and later Brigham Young University, where he earned a B.S. degree in Sociology. Shortly thereafter he discovered that was the wrong subject, so he attended the University of Utah, where he received his Master of Science degree in Geography, finishing that in June, 1970. It was then real life began, for on June 9, 1970, he put a pack on his back and started traveling for the first time. Since then he has seen 223 countries, republics, islands, or island groups. All this wandering has resulted in a number of books written and published by himself. - $15.95