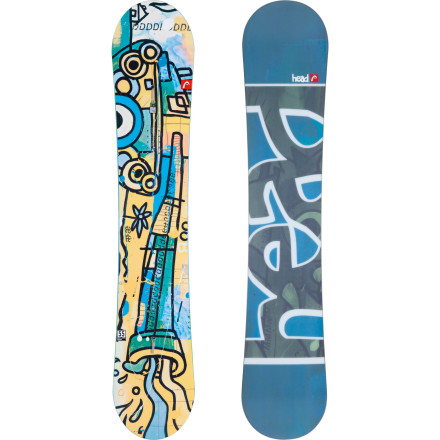 Stacking up an arsenal of boards to ride every feature in the parkfrom oversized kickers to mellow boxesjust become a concept of the past thanks to the KERS-technology-enhanced Head Defy KERS Snowboard. Laced with Piezoelectric fibers that absorb your energy and deliver it targeted zones throughout the core to give you pop and response, the Defy resists washing out when crossing chunder, and won't lack for pop to clear the knuckle of the biggest jump in the line. Throw in the eye-catching artwork and you have a board that truly defies the status quo of park planks. - $199.98