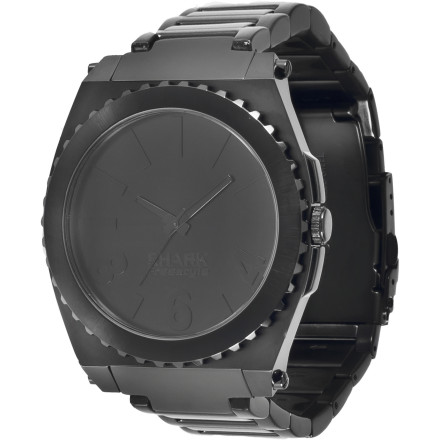 Cries of terror and awe rang out along the beachfront as Larry battled the many-tentacled beast just offshore, his Freestyle USA Kraken Watch glinting triumphantly in the sun. The creature bucked and rolled with Larry astride one of the monster's suction cups, just as a wild western cowboy would break his steed. Submersion attempts by the beast proved futile against both Larry's water-resistant timepiece and flowing mane of jet-black hair. When it was all over, he cast the beaten monster aside, caught a swooning maiden, checked his wrist, and remarked that 'we're late for mimosas.' - $129.95