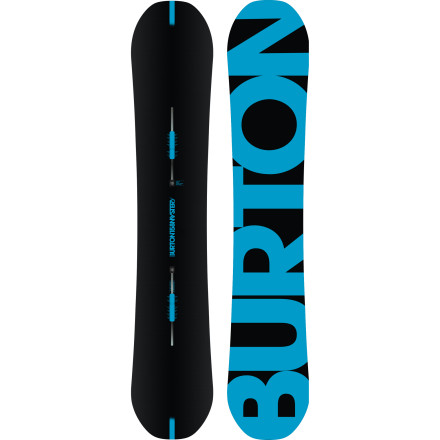 Developed at Craig's (in honor of snowboarding pioneer Craig Kelly), Burton's in-house prototype facility, there certainly is a shroud surrounding the Mystery Snowboard. Only a handful of people know the secrets to unlocking the Mystery, but one thing is certain, and that is it's the lightest snowboard in the world. Utilizing a precision milled wood core and a robotic-built carbon fiber layupamong other, more secretive technologiesthe Mystery is not only ultra-light, but super-snappy, playful, strong, fast, and, well, you get the idea. - $1,199.96