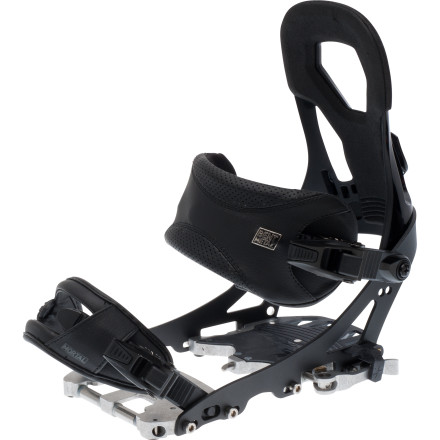 The Bent Metal Split Tail Hunter Snowboard Binding is the new benchmark for split-specific snowboard bindings. Bent Metal worked with the folks at Karakorum to develop a high-end, game-changing binding that get you from arrival at the ridge to shredding untouched pow in less than two minutes. Yup, that includes removing skins, collapsing poles, and packing gear; changing over the binding from touring to riding mode takes mere seconds. It's so rad, it's the recipient of Snowboard Magazine's Platinum Pick for Excellency In Design award. - $559.96