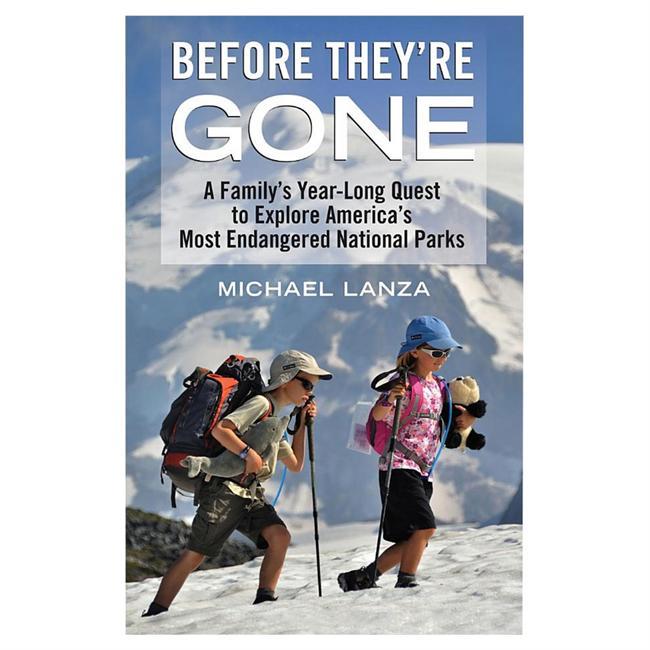 A longtime backpacker, climber, and skier, Michael Lanza knows our national parks like the back of his hand. As a father, he hopes to share these special places with his two young children. But he has seen firsthand the changes wrought by the warming climate and understands what lies ahead: Alaskas tidewater glaciers are rapidly retreating, and the abundant sea life in their shadow departs with them. Encroaching tides threaten beloved wilderness coasts like Washingtons Olympic and Floridas Everglades. Less snowfall and hotter summers will diminish Yosemites world-famous waterfalls. And it is predicted that Glacier National Parks 7,000-year-old glaciers will be gone in a decade. To Lanza, it feels like the house he grew up in is being looted. Painfully aware of the ecologicaland spiritualcalamity that global warming will bring to our nations parks, Lanza sets out to show his children these wonders before they have changed forever. He takes his nine-year-old son, Nate, and seven-year-old daughter, Alex, on an ambitious journey to see as many climate-threatened wild places as he can fit into a year: backpacking in the Grand Canyon, Glacier, the North Cascades, Mount Rainier, Rocky Mountain, and along the wild Olympic coast; sea kayaking in Alaskas Glacier Bay; hiking to Yosemites waterfalls; rock climbing in Joshua Tree National Park; cross-country skiing in Yellowstone; and canoeing in the Everglades. Through these poignant and humorous adventures, Lanza shares the beauty of each place and shows how his children connect with nature when given unscripted time. Ultimately, he writes, this is more their story than his, for whatever comes of our changing world, they are the ones who will live in it. - $24.95